Posted in Investment, KiwiSaver and Planning on October 4th, 2018

It’s been 10 years since the world suffered the greatest recession since the 1930s.  The first couple of months of 2008 was eerily calm and then all hell broke loose. A major economic meltdown was underway. Banks wouldn’t lend to each other and institutions such as the Lehman Brothers, AIG, Merrill Lynch, and the Royal Bank of Scotland all got wiped out. Mortgage companies in the USA such as Freddie Mac and Fannie Mae also took a hiding. It was tough for a lot of people and New Zealand didn’t miss out on the pain. We had our equivalent of the USA bank failures with the finance company sector falling over, and losing investor’s money.

I remember reading reports and looking at different graphs comparing the start of the recession to tough times of the past but it wasn’t until I started seeing graphs that matched the 1930 depression, that I really got to understand just how bad things had got.

Looking back, it took a while for the news to spread out. You had to be on line, watching TV or reading the news – but today the world is even more connected, bad news circulates instantly, as people’s love of smart phones intensifies. And this intensifies too, the impact of the bad news.

Today there is $46 billion dollars invested in KiwiSaver schemes by average kiwis, and most of these funds are at risk of losing value if things go south.

After every bull market (when everything goes up in value) we have a pull back, or a bear market. For 10 years we have seen the world capital markets increasing year on year. We will all see the turning point after it happens.  In my opinion when it happens, there will be a repeat of 1987, 2001 and 2008. Ill-informed investors will panic and move their funds to less volatile funds. In turn this will force the KiwiSaver manager’s to sell on a falling market. How would you feel if your KiwiSaver balance lost 20% over night?

My advice is to have a strategy in place now. If you have five to eight years left until you turn 65 – make sure you are in a capital stable fund.  But whether you have five, 15 or 40 years until 65 rolls around, come and get some advice. It will prove invaluable – now that’s a promise. 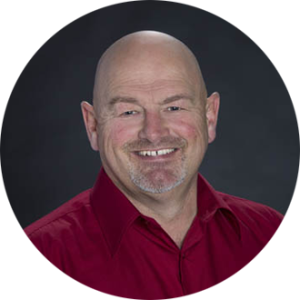 A disclosure statement is available on request and free of charge.